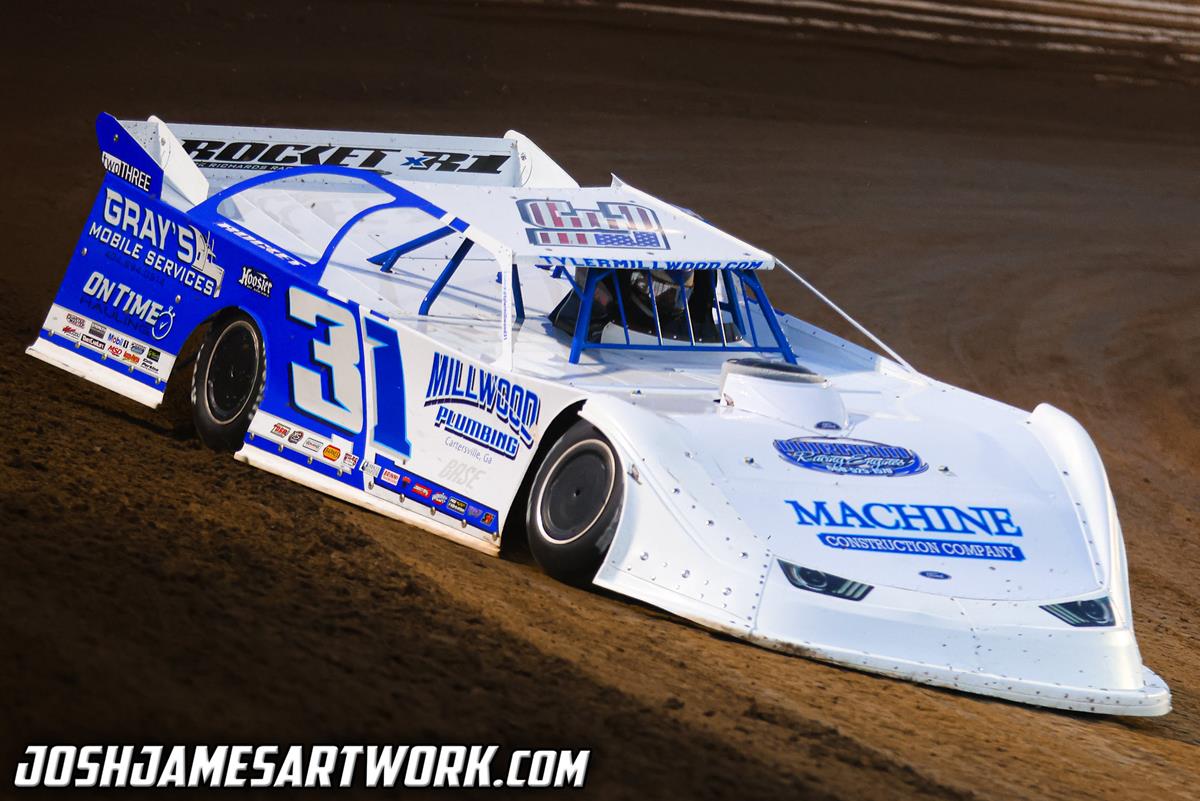 Monday night saw Tyler Millwood return to Volusia Speedway Park (Barberville, Fla.) to compete in the Super Late Model ranks for the 51st annual DIRTcar Nationals. Drawing 47 cars for six consecutive nights of racing, Millwood followed up a fifth-place finish in his heat with a second-place finish in his B-Main. Rolling off 19th on the starting grid for the feature, Tyler dropped three spots in the 30-lapper to finish 22nd. (Josh James Artwork)

On Tuesday, Tyler clocked in 10th-fastest in his group before picking up a heat race victory. Fading outside the Top-10 in the feature, Millwood recorded a 14th-place outing.

In a field of 58 cars on Wednesday as the remainder of the week became World of Outlaws Case Construction Late Model Series sanctioned, Millwood’s fifth-place finish in his heat relegated him into the B-Main. Needing to place second or better to make the $10,000-to-win A-Main, Tyler logged a fifth-place finish.

For another $10,000-to-win on Thursday, Tyler came in eighth in his heat before placing 10th in his B-Main, ending his night early.

After failing to qualify for Friday’s feature in his heat race and B-Main, Tyler recorded a sixth-place finish in his heat on Saturday, giving him one final shot at the $10,000-to-win finale with a B-Main appearance. Taking the Top 2, Millwood fell one spot short with a third-place outing.