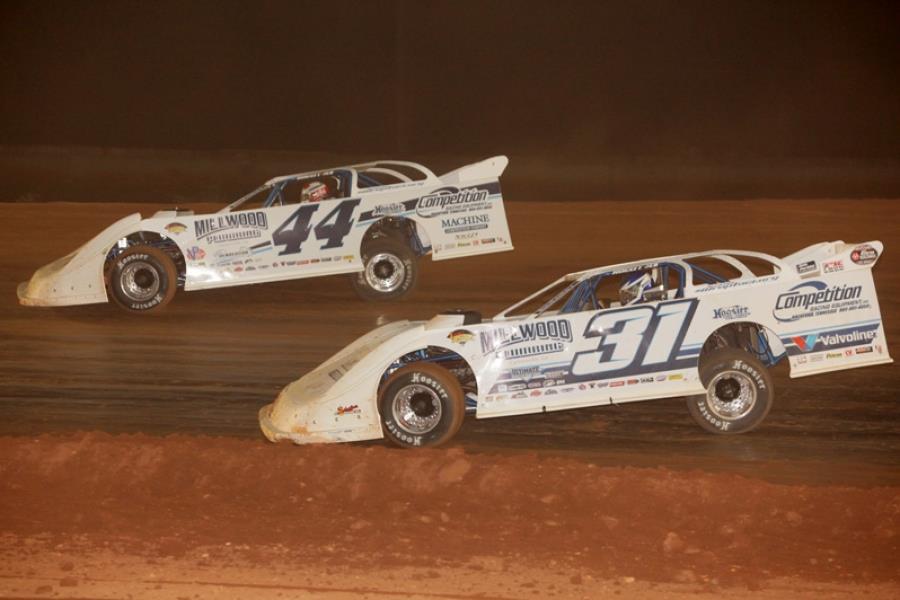 Sixth place finish in Southern Nationals stop at I-75 Raceway

Tyler Millwood was one of 24 Schaeffer’s Southern Nationals entries on hand at Volunteer Speedway (Bulls Gap, Tenn.) for the third round of the 12-race miniseries. Recording the fourth fastest time in his qualifying group, Tyler locked into the eighth-starting position for the $3,500-to-win A-Main. Clawing forward one spot in the 35-lap affair, Millwood recorded a seventh place finish.

On Tuesday afternoon at I-75 Raceway (Sweetwater, Tenn.), Millwood posted the second fastest time in his group behind Cory Hedgecock, which positioned him fourth on the starting grid for the main event. With $3,500 on the line, Tyler fell two spots in the 35-lapper to place sixth. (Rick Neff photos)

For the fifth round of the tour on Thursday afternoon at Senoia Raceway (Senoia, Ga.), Tyler registered the second fastest time in his group behind Brandon Overton, earning him the third-starting position for the A-Main. After running in the Top 5 early, Millwood ran into suspensions issues that sent him pit side on lap 17.

The following night at Needmore Speedway (Norman Park, Ga.), Millwood timed in sixth fastest in his group before placing second in his heat behind Donald McIntosh. Starting the feature in sixth, Tyler was an early retiree from the 53-lap affair on lap 20.

On Saturday evening at Screven Motor Speedway (Sylvania, Ga.), Tyler logged a sixth place finish in his heat, locking him into the 21st-starting position for the $10,053-to-win A-Main. With more issues preventing him from finishing, Millwood retired early on the 13th lap.

Stopping at Cochran Motor Speedway (Cochran, Ga.) on Sunday for the eighth round of the miniseries, Millwood followed up the seventh fastest time in his group with a fourth place finish in the B-Main. Charging forward six spots in the 35-lap feature, Tyler Millwood reeled in an eighth place finish.

Tyler has climbed to sixth in the latest Southern Nationals point standings. For more information from these events, please visit www.SouthernNationalsSeries.com.