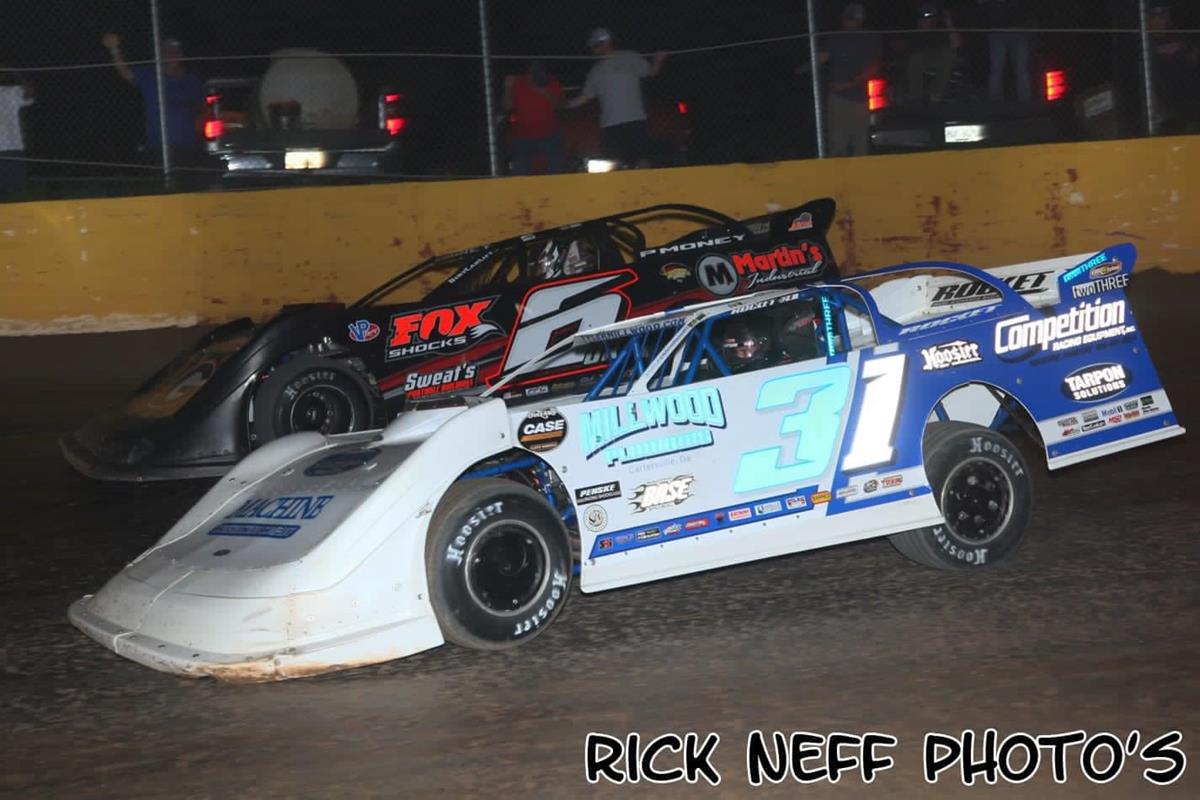 Tuesday night found Tyler Millwood in action at I-75 Raceway (Sweetwater, Tenn.) to compete in the Super Late Model ranks for the fourth round of the Schaeffer’ Southern Nationals miniseries. (Rick Neff photo)

With qualifying times setting the grid for the $4,053-to-win A-Main, Tyler laid down the third-fastest lap in his time trial group. Starting in sixth, Millwood was an early retiree from the 40-lapper on lap 18.

On Thursday evening at Senoia Raceway (Senoia, Ga.), Millwood secured his spot into the main event with the fastest lap in his group. With $4,053 on the line, Tyler followed race-long pacesetter Carson Ferguson to the checkers with Will Roland, Sam Seawright, and Will Herrington completing the Top-5 finishers.